Poetry of the Web

Poetry of the Web 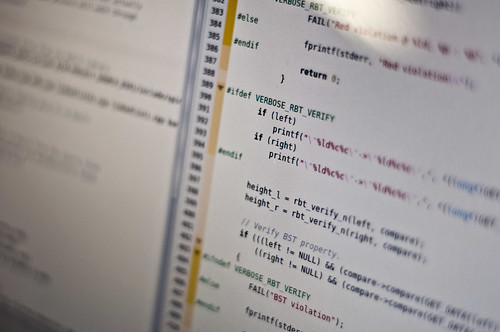 Nowadays, computer programmers need to learn an increasing number of programming languages to satisfy their clients and/or employers. For newcomers in the world of software development, however, the enormous number of options can be frustrating and confusing. So what is the ideal programming language for aspiring developers to start with?

For those of you expecting an unequivocal answer to that question; let me burst that bubble right away. Asking the same question to ten seasoned developers will get you at least eleven different answers. But while every project has its own specific needs, there are some major distinctions that can be helpful when choosing. Popular languages

Everyone is looking for a programming language that is both easy and powerful. A good thing to consider in advance, however, is how sought-after certain language skills are. As far as I know, the most popular languages are .NET and Java (mainly for banks and corporations). Both languages are object-oriented and widely supported. On top of that, Java is used for Android development and .NET is the language of choice for Windows 8.

For people working on their own (online) start-up, a modern language might be a better starting-point. Having used it for five years myself, Python remains one of my favorites: it’s dynamically typed, easy to learn, widely applicable—from web development to data crunching—and opens up tons of possibilities. And Google uses it too.

But don’t worry; there are other options too. Here’s a short overview:

At the end of the day, everything depends on what you’re aiming at. So consider your options carefully and pick the one(s) that best suit(s) your particular project. A good place to start learning some of the programming languages mentioned above—free of charge—is Coursera. What are you waiting for?